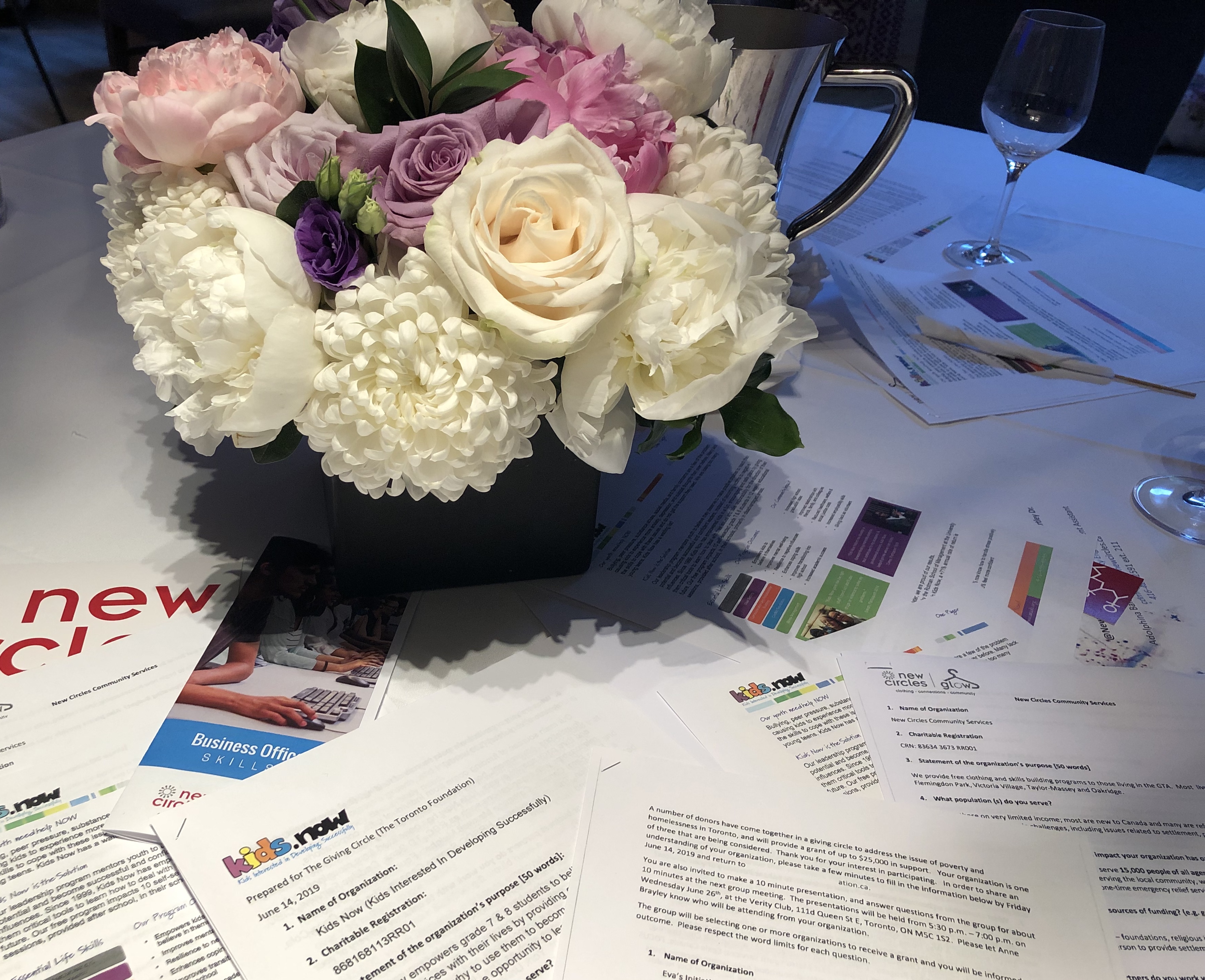 Sarah Bull, Partner and Portfolio Manager at KJ Harrison Investors, noticed a growing interest from her female clients to give back as part of their wealth management plan. This is not surprising considering women are more likely to give to charity and their wealth is growing. In 2016, Canadian women controlled 35% of financial wealth. By 2026, they are expected to control close to 48%.

An emerging trend in the US is the rise of giving circles, particularly among women. Giving circles bring together people (friends, neighbours, like-minded individuals) to learn about community issues that interest them before they pool their money to fund greater impact. A recent US study, shows giving circles have tripled in number since 2010 and women made up more than half the group in 70% of the existing circles. A more common example in Canada is 100 Women Who Care who each donate $100 to a selected charity.

Recognizing this trend, Sarah saw an opportunity to support her clients in their desire to give back. She partnered with Victoria Sopik, Co-founder of Kids & Company, and Anne Brayley, Vice President, Philanthropic Giving at the Toronto Foundation to create the Women Impact Network (WIN). Its goal is simple: bring together 25 women who will each donate at least $1,000 to provide a minimum $25,000 donation to a local charity.

About the Women Impact Network

Sarah and the team had no trouble recruiting over 25 philanthropic women to join WIN. Together, the group will select one charity to receive their pooled donation.

At the first meeting, the group discussed issues close to their own hearts and within their local communities with the goal of voting on which sector (i.e. poverty, health, environment) would receive their pooled donation. After a blind vote by each member, poverty and homelessness was selected.

In advance of the second meeting, the Toronto Foundation researched possible charities for the group to consider. Three finalists were selected based on the group’s criteria. Those charities made a presentation at the second meeting to provide details about who they are, what they do and how the donation would make a difference in the community, followed by a Q&A. Then each member voted for the charity she thought was most deserving. This time New Circles was selected – New Circles is a not-for-profit, grass-roots agency that builds strong and caring communities by providing basic necessities to those living in poverty.

The final meeting will take place in a few months and the charity will be asked back to speak about the impact of the donation on the community. Then it will start all over again.

“It was inspiring to gather with a group of like-minded women, share our philanthropic goals and better understand the causes in our community that need funding,” said Sarah. “We’re excited that WIN is already receiving a lot of interest and look forward to growing and evolving this group and initiative in the years to come.”

UPDATE ON OUR COVID-19 APPROACH: KJH REMAINS OPEN FOR BUSINESS
The safety and health of our clients and our employees are of paramount importance to us. Given the concern associated with the spread of COVID-19, we have implemented a remote working policy for all employees with restricted access to the office. Please click here to read more.