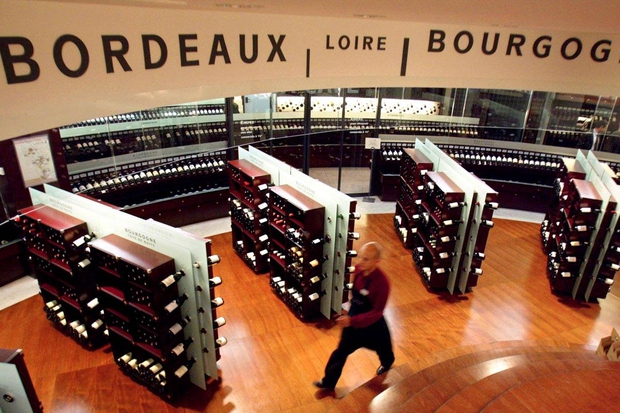 It’s not about earning a return. It’s the journey.

That sums up the premise behind the purchase of a 15th-century farmhouse in Tuscany by a handful of high-net-worth investors. Their goal was to turn it into a luxury vacation rental property.

“We essentially bought a ruin in Tuscany and we syndicated the project with a handful of investors involved in the process of funding its restoration,” says Stephen Petasky, president of the Alberta-based Luxus Group, which specializes in private real-estate investments.

Mr. Petasky says the restored farmhouse, dubbed Podere Paníco, is a once-in-a-lifetime opportunity and one in which Luxus clients were eager to invest. “Their reason is twofold: one for a return on their investment, and the other is the journey of doing something special.”

The project is also reflective of a growing trend among high-net-worth investors. They are looking past the usual alternative investments such as private debt and equity funds, says Peter Kinkaide, managing director with Raintree Financial Solutions, a private capital market dealer.

While the precious metal remains popular, investors are expanding their scope to include contemporary art, fine wines, luxury watches, jewellery and, yes, unique real-estate investments like the one in Tuscany, he adds.

Tangible assets make up a small segment of the alternative-asset class, which itself has grown significantly over the past three decades. For instance, just in 2016 the assets under management of the world’s top 100 alternative-asset managers grew 10 per cent to more than $4-trillion, according to the 2017 Willis Towers Watson’s Global Alternatives Survey.

Although the trend toward alternative assets has been led largely by institutional investors, high-net-worth investors have been following suit, recognizing that these assets help diversify their portfolios, says Joel Clark, a portfolio manager in Toronto.

“The reason for that is what I call the ‘all seasons approach’ – that you can’t predict and must prepare,” says Mr. Clark, who is the chief executive officer of KJ Harrison Investors. He adds that alternatives are generally de-correlated from public markets.

Beyond diversification, alternatives offer the potential for higher returns than comparable assets in the public markets – albeit with more risk and less liquidity.

Tangible assets are a much different animal than the typical alternative investment, Mr. Clark says. The fact that investors can see and touch them plays a big part. “Questions about them do come up, and a lot of clients own art and have wine cellars. It’s definitely something people are interested in.”

Their curiosity is understandable, considering that sales for contemporary art, for example, have soared since the early 2000s.

According to the French website Artprice’s Contemporary Art Market Report, money changing hands at auction has increased dramatically over the past two decades. In 2000, for instance, auction sales globally amounted to about $103-million. So far in 2017, they have exceeded $1.5-billion, an increase of more than 1,400 per cent, it states.

The average annual return for a diversified portfolio of contemporary art has been almost 8 per cent over that span, the report also notes.

Growing interest and demand are not surprising to Stephen Ranger, vice-president at Waddington’s Auctioneers & Appraisers in Toronto. The tangible-asset market “has grown to be a ‘thing’ unto itself,” he says.

Demand in the art market has been among the strongest, pushing prices for top-end works to new heights. In May, for example, a Jean-Michel Basquiat painting sold for a record $110.5-million (U.S.) at auction. The Canadian market has also seen record-breaking sales, including Group of Seven painter Lawren Harris’s Mountain Formsselling for more than $11-million last year.

Fine wine is arguably more popular with investors, Mr. Ranger says. The wine market is similar to that of stocks in that there is a futures market every year for Bordeaux and Burgundy vintages, he says. “There’s even a Bordeaux index that tracks the prices of major wines being traded.”

Strong demand also has been driving up prices for ultra-luxury watches with historical significance, such as actor Paul Newman’s Rolex, which sold for $17.8-million (U.S.) recently, Mr. Ranger says.

The world of fine wine and art is not just for the ultra-wealthy, though. “The vast majority of transactions taking place in the wine and art market are worth less than $10,000,” Mr. Ranger says.

Overall demand is largely driven by consumer confidence. Indeed these markets often mirror the the broader economic cycle – for better or worse. The art market, for example, cratered after the 2008-2009 economic crisis, Mr. Ranger says. It has since rebounded to new highs, much like the stock market.

Yet markets for tangibles are also subject to their own idiosyncrasies. While stock markets around the world rose in aggregate by more than 8 per cent in 2016, sales for art fell by 11 per cent, according to a report by Art Basel and UBS AG.

Tangible-asset markets generally are more opaque and illiquid than financial markets, Mr. Clark says, making pricing difficult unless you have access to highly specialized expertise. “With stocks, you know by the millisecond their worth,” he says. “With a [luxury] watch, who is to say?”

Investing in tangibles requires skills that are often beyond those of most financial advisors, Mr. Kinkaide says. These unique investments should make up only a small portion of an alternative-asset allocation in a well-diversified portfolio. In general, alternative investments would not exceed 20 per cent of an investor’s overall portfolio.

Thus tangible investments should consequently make up a sliver of the overall value of a portfolio, he adds.

Indeed that statement applies to the restored Tuscany farmhouse, Mr. Petasky says. “Let’s put it this way, the investment journey is a little bit more fun than buying an index fund.”

UPDATE ON OUR COVID-19 APPROACH: KJH REMAINS OPEN FOR BUSINESS
The safety and health of our clients and our employees are of paramount importance to us. Given the concern associated with the spread of COVID-19, we have implemented a remote working policy for all employees with restricted access to the office. Please click here to read more.