When Rose met Gary, she was a 60-something widow with a five-bedroom house in the suburbs, a cottage and a pension from her years as a teacher. He was a divorcé with a condo in Mexico and not much else. They instantly hit it off, and it wasn’t long before they decided to merge their lives, moving into a home they bought using money from the sale of Rose’s house.

That’s when things got tricky: Rose had an adult son who lived with her—and probably always would. She wanted to make sure he’d always be provided for. It was also important that all four of her children inherit the family cottage. So, Rose did what far too few people embarking on a second relationship do: She suggested to Gary that they draft a legally binding co-habitation agreement laying out who’d get what if they were ever to split.

No one goes into a relationship planning for it to end. But in many ways, the stakes are higher the second (or third) time around. You might each be bringing children or other dependents into the mix, along with houses, vacation properties, RRSPs, businesses and other assets. And with the odds of divorce or separation substantially higher for subsequent marriages and long-term relationships, it’s important to protect yourself financially—just in case.

No one goes into a relationship planning for it to end. But in many ways, the stakes are higher the second (or third) time around.

Andrea Caskey, a Toronto-based family law lawyer and collaborative practitioner, specializes in drawing up marriage and co-habitation agreements. “You can contract out of just about anything, other than child access and support,” says Caskey. Ideally, each partner will come to the table with their own lawyer, plus an estate-planning expert. “Then we talk about what you’re trying to protect, what your financial goals are, and what are your greatest concerns, and we try to address them,” says Caskey. “We do a lot of worst-case scenarios.”

Sure, this might be a nerve-wracking subject to broach with your partner. But will it ultimately reduce stress and make your relationship stronger? Absolutely. Here are a few things to consider first.

Family law takes a very different view of co-habitation than it does of marriage.

“When it comes to property, a lot of people think co-habitation is the same as marriage after three years,” says Caskey. “Nope—if you ­­co-habit and separate, the default is, ‘what’s mine is mine, what’s yours is yours.'” So, if you’ve moved in to your partner’s house, you have no right to a chunk of it if you split up, no matter how long the two of you were together.

With marriage, says Caskey, the what’s-mine-is-mine rule still applies, but with a few exceptions: If you get divorced, the value of the matrimonial home gets split 50-50, regardless of whether one of you owned it before you tied the knot. As for the rest of your assets, including the future value of any pensions you’ve accrued, “you measure the value of what you had on the date of your marriage, what you have on the date of your separation, and you share the increase in the value of those assets,” says Caskey. So, if you come into a second marriage with $1 million in RRSPs and those investments grow by $200,000 over the course of the relationship, you’ll have to hand your soon-to-be-former spouse $100,000.

Bear in mind that vacation homes—say, a cottage you co-own with siblings—can count toward the total value of your assets in the event of divorce. That’s because any place you spend time with your spouse can be considered a matrimonial home. Caskey’s parents, for instance, own a cottage that will ultimately be handed down to her and her sisters. But since she and her husband spend time there together, her portion of the place is considered a matrimonial home. That means if they were ever to split, she’d owe him half the value of her share of the cottage. “That gets you into a world of trickiness,” she says, because the only way to give him his money might be to force her sisters to sell the cottage so she can recoup her portion of it in cash.

Inheritances are another sticky area. If you inherit money over the course of your marriage, you get to keep it—provided you kept that money separate from your spouse and didn’t use it to, say, pay off the mortgage. But if you inherited a chunk of money before getting married, it goes into the pot.

You’ve signed a co-habitation agreement and everything’s great. One day, you decide to get married, and suddenly that legally binding contract doesn’t look quite so good, considering you’ve waived your right to a stake in the house you’ve been sharing for several years. “A lot of co-habitation agreements are all-or-nothing,” says Caskey. “That might work if you’ve only been together for a year or two, but 17 years and four kids from now, it could be a terrible agreement.” 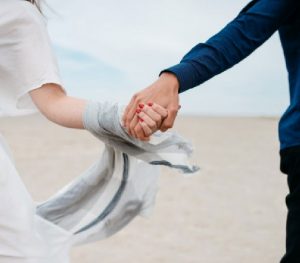 Or consider this: You’ve been working your entire adult life, but you’re about to marry a wealthy retiree who wants you to quit your job and travel the world. It sounds great—but it also means you’d be giving up not just your salary, but also pension and RRSP contributions. In that case, you’d want to negotiate a contract that ensures you’ll be taken care of should the relationship turn sour.

A legally binding co-habitation or pre-nuptial agreement can circumvent all these situations—within reason. “This kind of contract can include just about any kind of clause,” says Caskey. “But it should be a real negotiation that takes everybody’s interests into account.” You could save yourself a lot of legal trouble down the line, because if a marriage or co-habitation agreement is truly unfair, there’s a good chance the courts could set it aside.

Say you have exclusive title to the house you and your long-term partner live in, but your partner contributes significantly to the care and upkeep of the place. He could argue he has acquired property rights and deserves a share of the home’s value, regardless of what your agreement stipulates. Same goes for a couple in a long-term relationship. If one partner stayed home to care for the kids while the other ran a business, she could be entitled to half his assets, even if they weren’t legally married.

There are a lot of what-ifs to cover, says Caskey, which is why she recommends sitting down with lawyers and an estate planning expert to draw up an agreement that will protect both your interests. If the unthinkable happens, you’ll be glad you did.

You can view the published article here: https://www.divorcemag.com/articles/why-you-need-a-co-habitation-or-marriage-contract-the-second-time-around

Never miss an insight. Sign up and stay informed.

Processing...
Thank you! Your subscription has been confirmed. You'll hear from us soon.